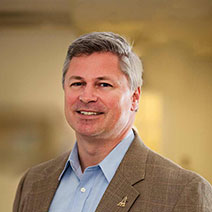 Chris is the Vice President for Government Affairs of the Boat Owners Association of The United States, better known as BoatUS, and President of the BoatUS Foundation. He has been with the organization for more than 20 years and in the marine industry for more than 30 years. He has served on numerous boards and councils, including recently serving as the Chairman of the National Safe Boating Council. Mr. Edmonston works with a wide range of external partner organization and companies to promote safe and clean boating, as well as boating in general, on behalf of the organization’s over a half a million Members. BoatUS is sometimes described as "The Boat Owner's Auto Club" due to its membership-based recreational boat and trailer towing services offered by TowBoatUS. He is a graduate of the Virginia Military Institute and lives in Maryland.

David is the Government Affairs Manager for Boat Owners Association of The United States, BoatUS. He joined BoatUS in 2009, having served as a government affairs representative for several aviation associations including the Aircraft Owners and Pilots Association and Airline Transport Association. In these roles, he has worked on a wide range of transportation issues including infrastructure funding, regulatory reform and aviation security initiatives. David graduated from Florida Institute of Technology with a Bachelor in Aviation Management. In addition, he holds a Commercial Pilot’s license with instrument and multi-engine ratings.

David’s boating background extends to his childhood sailing in New England, fishing on mid-west lakes and now cruising on the Chesapeake Bay. For the first year of their marriage, he and his wife Jenny sailed to the Southern Bahamas and back, traveling some 5,000 miles. He owns a variety of power, sail and paddleboats.

John is the Government Affairs Program Coordinator for Boat Owners Association of The United States, BoatUS. He joined the BoatUS. Government Affairs Team in January of 2019. Originally from Pasadena, California, Mr. Lee grew up boating on Lake Arrowhead and Big Bear Lake. John has had the good fortune of working for various lobbying firms and Governor Larry Hogan’s reelection campaign (R-MD), and brings both lobbying and campaign experience to BoatUS. John is a graduate from The George Washington University with a Bachelor of Arts degree in Political Science and currently lives in Maryland.

Provide us with your email and we will contact you when important legislative issues arise so you can take action!